When I was pregnant with my son, I noticed this little pimple on my chest appeared. Over months, I realized that it never went away. It just…stayed. 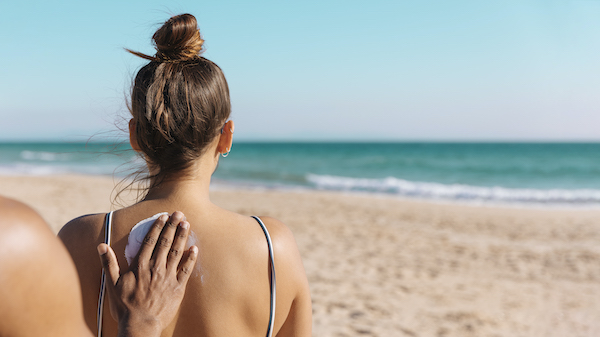 I decided to get it checked out. My dermatologist scraped it off and sent it in for a biopsy which revealed it to be a basil cell carcinoma. If you’re going to get a skin cancer, this is the one you want. Stays on the skin surface, doesn’t get into the body. It still sucks though. Trust me.

Although my father is 100% Greek (2nd generation), dark haired and olive skinned. I was not blessed with his skin tones. My mother’s side is Scandinavian and I am pale. (Not a shred of Irish though, people always ask.) I used to be able to build a good tan, though. My parents owned a beach house in New Jersey where we spent every summer and my senior year of college I did my fair share of tanning beds. I’d say I got some sun exposure in my lifetime. My husband is the one who stopped me, preferring that I be “natural” so I guess I never really bothered to tan much in the last 10+ years. Guess what though? Doesn’t matter. It still caught up with me.

The treatment plan was to basically go back in to the Dermatologist to burn and scrape off the cancerous skin cells. It resulted in a horrible red circular scar right in the middle of my chest. Something that made me very self conscious. I was not able to cover it with makeup and when I wore necklaces it made it’s presence known. I am thankful the cancer is gone and the removal was easy. Now, I am left to deal with the scar. So far I have endured many micro-needling and laser skin treatments to try to reduce the appearance. It is much improved, but still pretty obvious to me!

I like to share this story as a cautionary tale. It has been two years since I had the cancer removed. I have thought about it and I believe my chest was probably not covered with sunscreen most of the time and easily exposed to the sun in the summer. Easy mistake to make.

I am sharing the pictures below and urge everyone to wear sunscreen! It might be a pain but its worth it. Sunscreen Bonus: if you protect your skin from the sun you won’t age as quickly. Score!

Finally, my favorite sunscreen is Elta MD, which is light and wonderful. Check it out! 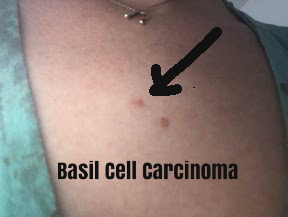 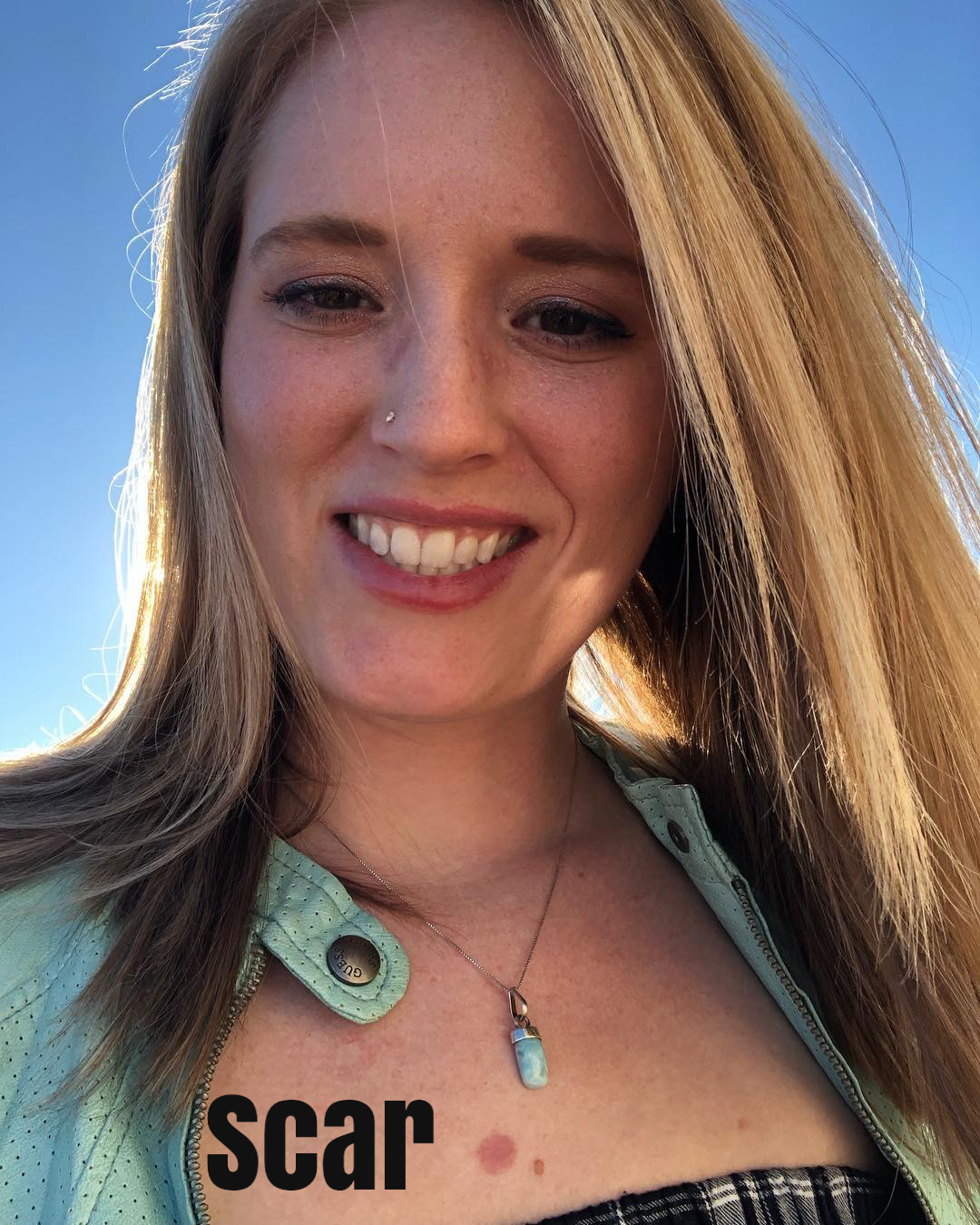 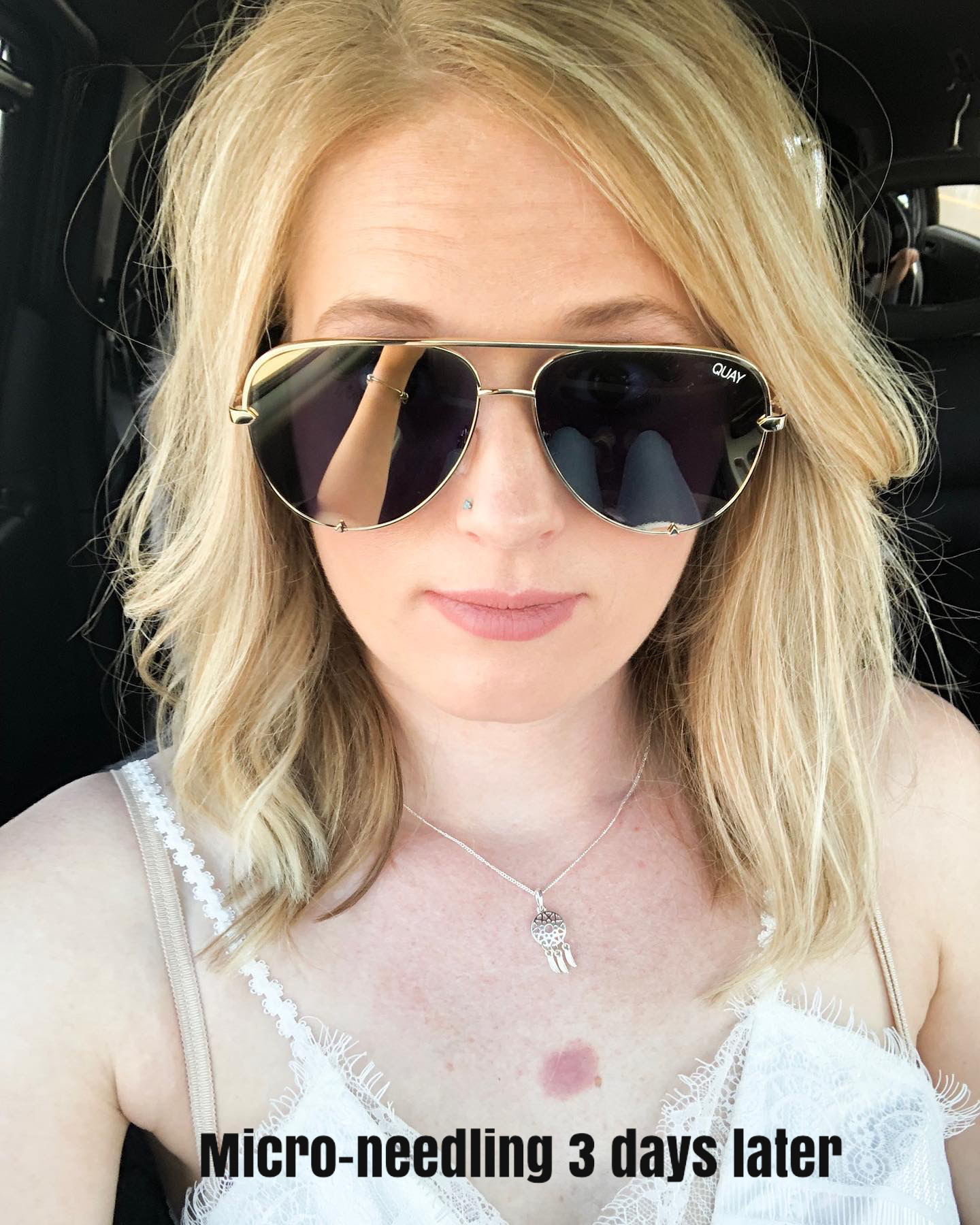 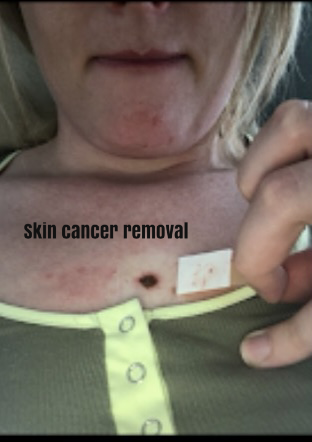 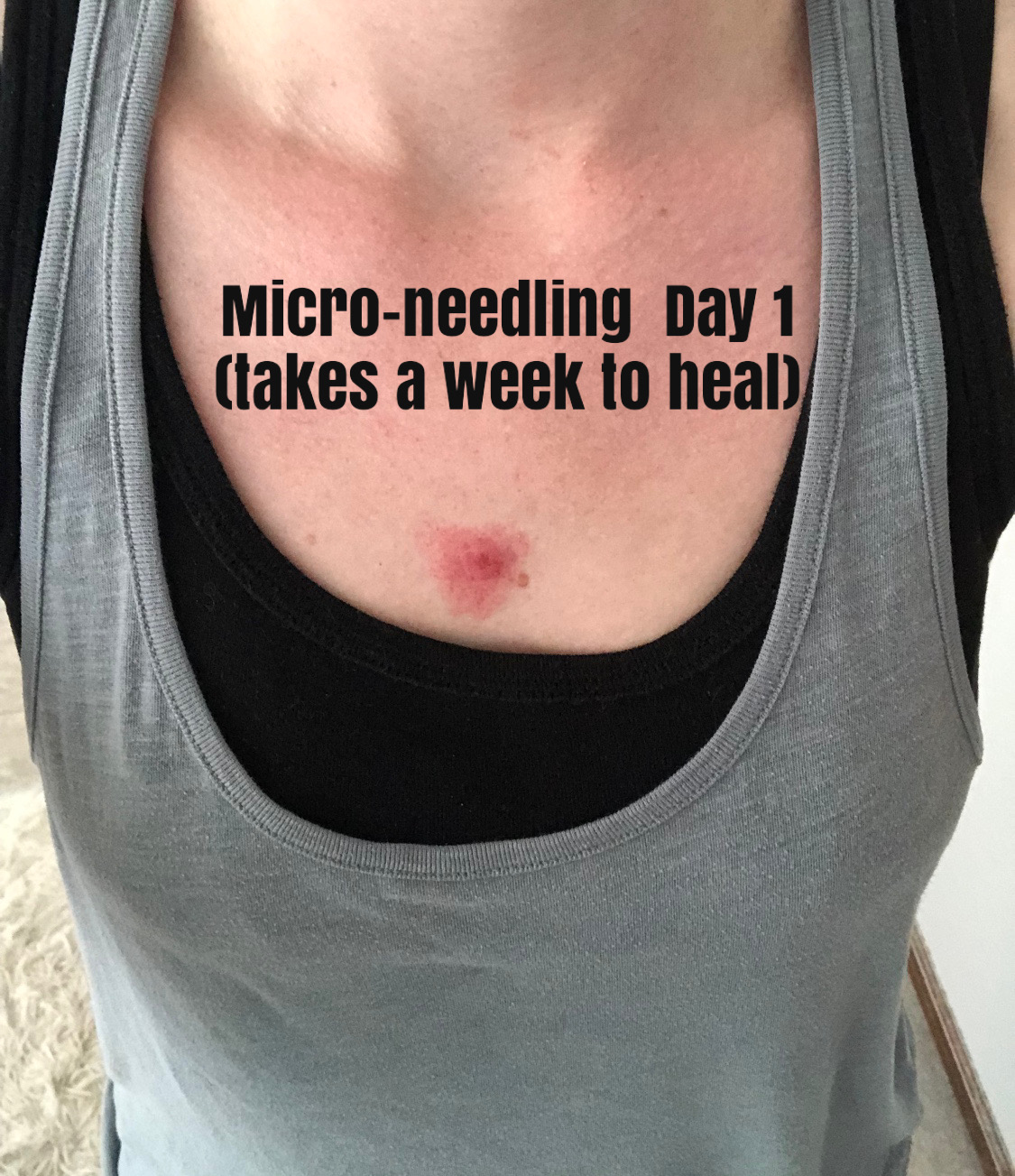 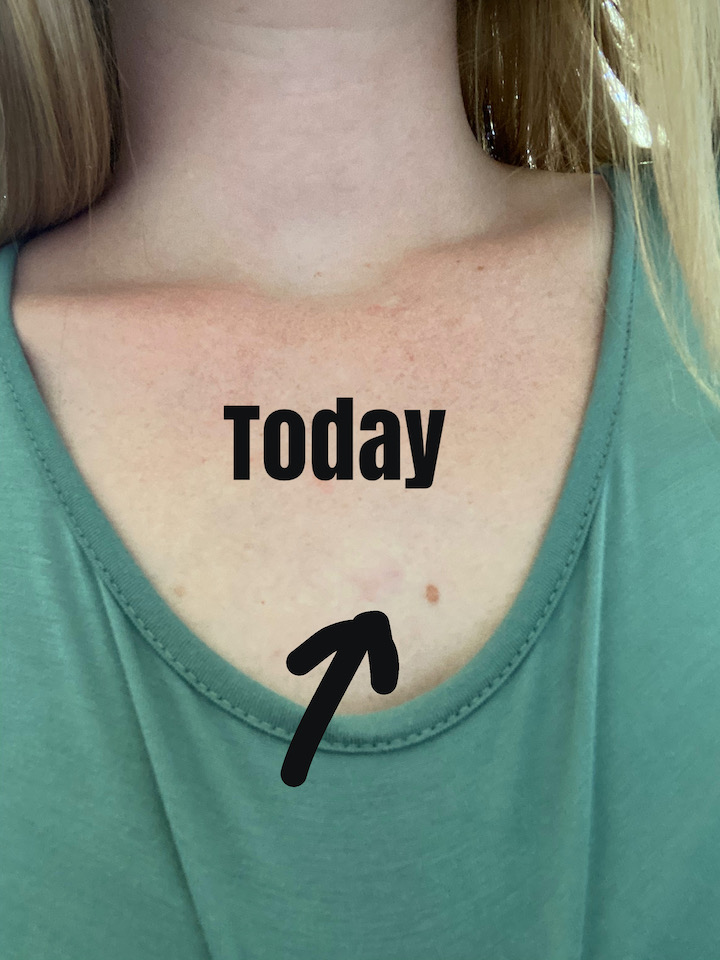